The village of Kill probably got its name from an early Christian church ( 'Cill' or 'Cell') which most likely stood on the site of the current St Johns Church of Ireland in the centre of the village. The slight curve in the street here may reflect the line of the earlier enclosure.
There seems to have been a church here since pre Norman times after which, in the 1200s, it was granted to St Thomas' Abbey in Dublin. The present church dates from the 1820s and contains many interesting features. For example, it still has its original half door and, up until the 1980s, still had not had electricity installed, which made for very atmospheric (ecumenical) carol services every Christmas. It also has a very unusual organ, on which the colours of black and white keys are reversed; it was reputedly a gift from the wife of the local landlord, Lady Mayo, in the 19th century.
Return to Hidden Gems 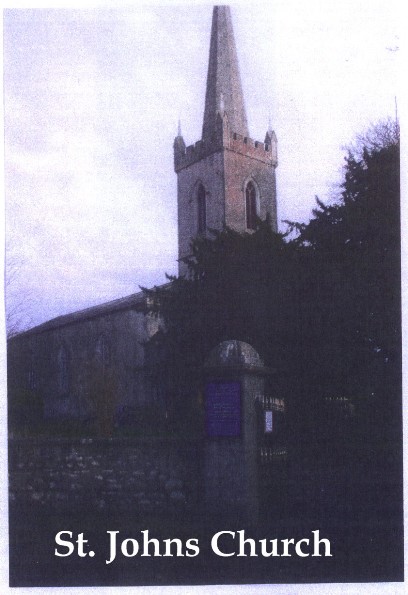