St. Brigid's Roman Catholic Church is situated at the northern end of Kill village and was built in 1821. Its notable features are the tower, with its raised coigns and pinnacles, and the dressings around the windows, which are all made of Wicklow granite.

The church was greatly extended and renovated in the 1970's with the addition of a new wing to the rear and the re-roofing of the old building. The new wing is most unusual in that it incorporates a curtained stage at one end, and reversible seating which can be turned either to face the altar, when the building is in use as a church, or to face the stage when the wing is partitioned off and it becomes a self contained hall. 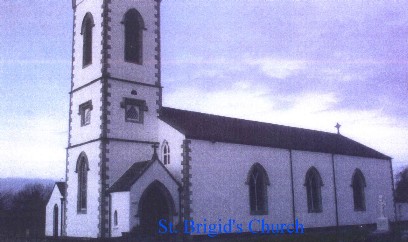